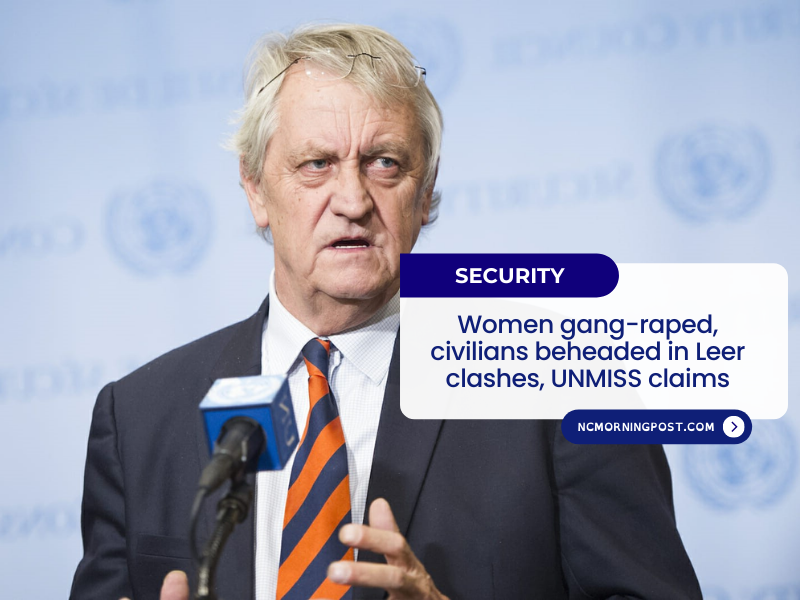 The UN peacekeeping mission has condemned the recent clashes in Leer County, Upper Nile State, claiming they were characterized by gang rapes and beheadings of unarmed civilians.

In addition, UNMISS’ human rights unit recorded 64 cases of sexual violence, including two survivors who had been repeatedly gang-raped after coming out of their hideout to buy food for their children, including a lactating mother who had just given birth.

During a spate of violence in the past few months since February 17, armed youth from Koch and Mayendit counties have also killed 72 civilians and injured at least 11.

Nicolas Haysom, Special Representative of the Secretary-General and UNMISS chief, referred to the burning of civilians alive as one of the most horrific human rights violations in South Sudan, and he called for justice for the victims.

The horrific attacks on civilians in Leer deeply appalled Mr. Haysom. Every one of us must do everything we can to ensure that victims and survivors receive the justice and care they deserve.”

Thousands of people have crossed the Nile to Fangak in Jonglei State after fleeing the violence, according to UNMISS. In addition to cattle raids, markets, homes, humanitarian facilities, and warehouses were looted and burned down.

At least one aid worker from Médecins Sans Frontières (MSF) succumbed during the clashes. Humanitarian assets were either burnt or looted by the attackers, forcing some aid agencies to pull out of Leer County.

It also condemned non-discriminatory attacks on unarmed civilians and called on armed parties to cease hostilities to allow aid to reach thousands in need in the area.

In February, the UN Humanitarian Coordinator in South Sudan, Sara Beysolow Nyanti, condemned what she called “continued violence” against the civilian population and aid workers and called for immediate action.

In her statement, Ms Beysolow said, ”The humanitarian community urges all parties to the conflict to respect international humanitarian law and protect civilians, humanitarian personnel, and assets, and calls on authorities to conduct an investigation and bring the perpetrators to justice.

However, both SSPDF and SPLA-IO deny involvement in the ongoing conflict, despite accusations from the civil population in the county.

A committee headed by President Salva Kiir has been formed to investigate the incident after hundreds of Leer County residents, including legislators, took the parliament to demand justice for their loved ones who died in the violence. One of its mandates had not yet been accomplished. 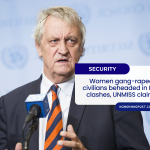