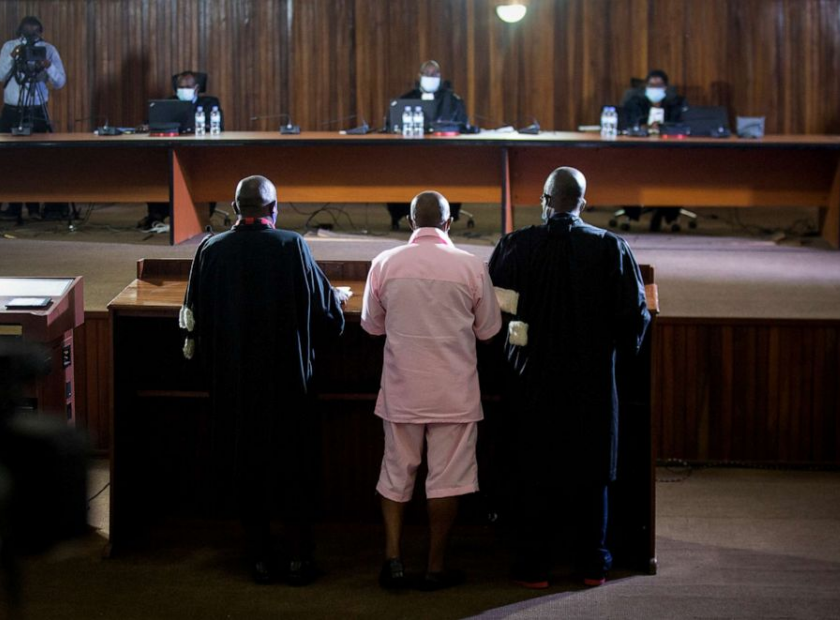 The man who inspired the famous 2004 film “Hotel Rwanda” is about to be sentenced after more than a year in prison.

Rusesabagina, who was charged with murder and funding terrorism, may face 25 years to life in jail if convicted. He has maintained his innocence, and his family and lawyers have called the trial a “sham.”

“We are relieved that the farce of the trial is coming to an end,” the Rusesabagina family said in a statement before the verdict. “We expect them to wrap up the charade by convicting him on Monday. We have repeatedly warned the world that there is no fair judicial process in Rwanda, and the last months have shown this. There is no independent judiciary, and our father will not get justice. All we can do now is make it very apparent to everyone that a tyrant would imprison a humanitarian.”

Rusesabagina, a 67-year-old married father of six, was the manager of Kigali’s Hotel des Mille Collines during the Rwandan genocide of 1994, when tensions between the East African nation’s two major ethnic groups reached a boiling point. According to United Nations estimates, the Rwandan government, controlled by extremist members of the Hutu ethnic majority, launched a systematic campaign with its allied Hutu militias to wipe out the Tutsi ethnic minority, slaughtering more than 800,000 people over the course of 100 days, mostly Tutsis and moderate Hutus who tried to protect them.

During what is often regarded as Rwanda’s worst chapter, almost 1,200 individuals sought refuge at the Hotel des Mille Collines. Rusesabagina, who is Hutu and Tutsi, said he utilized his position and ties with the Hutu elite to shield the hotel’s guests from a slaughter. The events were subsequently memorialized in the film “Hotel Rwanda,” with American actor Don Cheadle receiving an Academy Award nod for best actor in 2005 for his depiction of Rusesabagina.

Rusesabagina came to popularity and was hailed as a hero after the film’s premiere. He also became a vocal opponent of Rwandan President Paul Kagame, who has been in power for the last two decades. Some genocide survivors who stayed at the Hotel des Mille Collines have subsequently accused Rusesabagina of misrepresenting or benefiting from their rescue.

On February 26, 2021, Paul Rusesabagina attends a court hearing in Kigali, Rwanda.
Rusesabagina, who fled Rwanda with his family in 1996 and is now a Belgian citizen and permanent U.S. resident, travelled to Dubai on August 27, 2020, to meet with a Burundi-born pastor who Rusesabagina claims invited him to speak about his experiences during the Rwandan genocide at churches in Burundi. According to Rusesabagina’s foreign legal team, the couple got aboard a private aircraft that Rusesabagina thought would transport them to Burundi’s capital later that night.

Rusesabagina had no idea the pastor was an informant for the Rwanda Investigation Bureau (RIB) and had duped him into flying to Kigali on a chartered aircraft.

Prosecutors in Rwanda claim that Rusesabagina intended to go to Burundi to collaborate with rebel factions stationed there and in the neighboring Democratic Republic of the Congo.

The accusations against Rusesabagina originate from his leadership of an exiled opposition group known as the Rwandan Movement for Democratic Change, abbreviated MRCD in French. A series of fatal assaults on communities in southern Rwanda, near the country’s border with Burundi, occurred in 2018, and Rwandan officials blamed the National Liberation Front, or FLN, the armed branch of the MRCD. Rusesabagina reaffirmed his “unreserved support” for the FLN in a video message later that year, declaring Kagame’s administration the “enemy of the Rwandan people,” and calling for “all measures necessary to bring about change.”

Rusesabagina admitted the existence of an armed wing inside the MRCD but denied any participation. The trial’s other 20 defendants are accused of being FLN organizers and combatants.

Rusesabagina’s whereabouts were unclear for many days until Rwandan officials displayed him in handcuffs before the RIB’s headquarters in Kigali on August 31, 2020. According to an affidavit that contains a memorialization of a discussion between Rusesabagina and one of his Rwandan attorneys, Rusesabagina claims he was tied and blindfolded by RIB agents who brought him off the aircraft to an unknown location where he was gagged and abused before being imprisoned. The allegations have been rejected by the RIB.

On February 26, 2021, Paul Rusesabagina attends a court hearing in Kigali, Rwanda.
Rusesabagina’s family and legal counsel have accused Rwandan officials of kidnapping him and unlawfully bringing him into the nation. The Rwandan government acknowledged to paying for the aircraft that transported Rusesabagina to Kigali, but Kagame said there was no crime since he was “brought here on the basis of what he believed and wanted to accomplish.”

Since it started in February, Rusesabagina’s trial in his native country has drawn international attention, with his family and lawyers pleading with the international community to intercede. They claim that his privileged documents are routinely confiscated in prison and that he has been denied access to his international legal team, which includes his lead counsel, Kate Gibson, who has previously represented Rwandan accused before the United Nations International Criminal Tribunals for Rwanda.

Rusesabagina’s family and attorneys have also voiced worry about his health and treatment while inside. He is a cancer survivor who suffers from hypertension and cardiovascular illness, and he has been refused his prescription medicine, according to them.

“If the world community does not intervene,” the family warned, “he will most likely spend the remainder of his life in prison.” 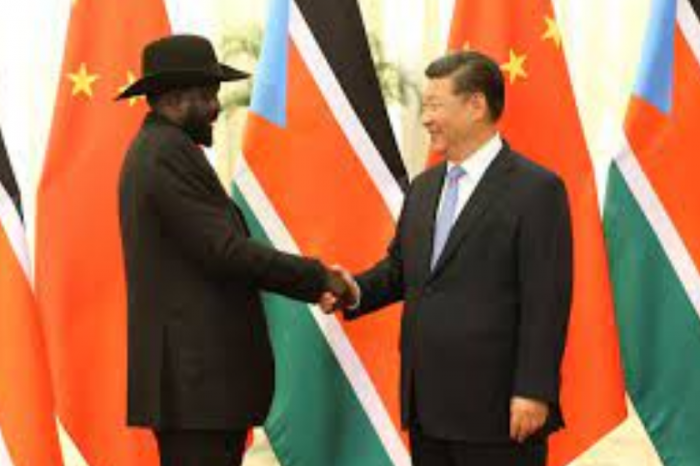 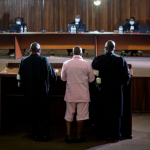