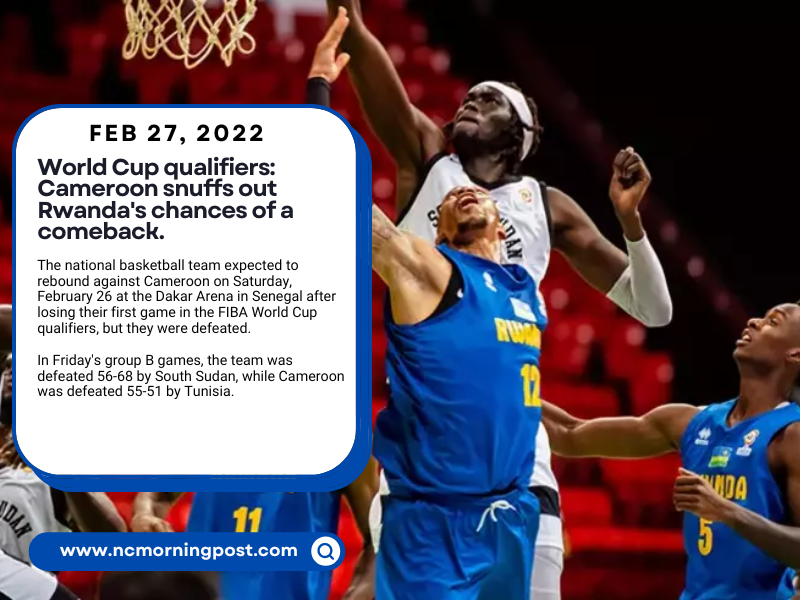 The national basketball team expected to rebound against Cameroon on Saturday, February 26 at the Dakar Arena in Senegal after losing their first game in the FIBA World Cup qualifiers, but they were defeated.

Though the squad pushed ahead, they attempted to concentrate on correcting a few errors they made against South Sudan, but the Cameroonians remained unstoppable.

The Rwandan squad, although not as bad as the South Sudanese team, was nonetheless woefully insufficient.

Rwanda’s squad was determined and worked as a unit at the start of the game, but it seems that something occurred at the end of the game that had a significant influence on the team last night.

Cameroon is very focused and driven, but there are several flaws that the squad must address. They must strive hard to improve their situation.

The match between Rwanda and Cameroon was challenging; despite the fact that the Rwandans concentrated on attacking, the Cameroonians won in the end. 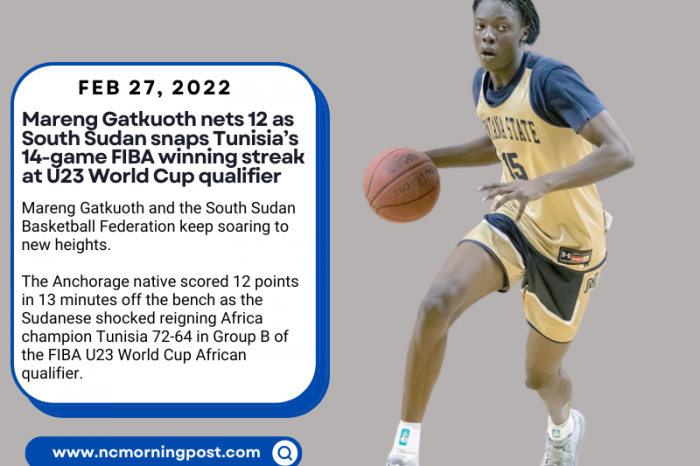 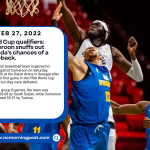