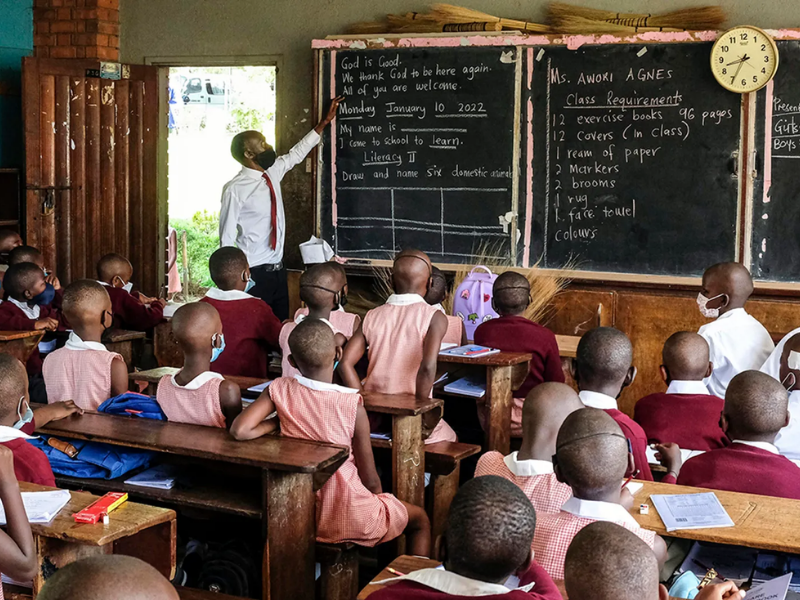 Uganda’s schools reopened to students on Monday, bringing the world’s longest school closure due to the COVID-19 outbreak to a close.

The reopening created traffic jams in several sections of the city, Kampala, and students were spotted dragging their mattresses thru the streets, a back-to-boarding school phenomenon not seen in almost two years.

According to estimates from the United Nations Cultural Organization, Uganda’s schools have been closed completely or partly for more than 83 weeks, the world’s longest interruption. More than ten million students were impacted by the stoppage.

The 44 million-person East African nation shut down its schools for the first time in March 2020, soon after the African continent’s first coronavirus case was identified. Some classrooms returned in February 2021, but a complete lockdown was established once again in June when the nation faced its first significant surge.

The reopening was long overdue for many parents.

“Inevitably, we’ll have to establish schools,” Felix Okot, the father of a 6-year-old kindergarten student, said. “Our children’s and our country’s futures are at risk.”

He cautioned that the country’s schools could not “wait forever” for the epidemic to finish.

The prolonged school lockdown sparked controversy in a nation where many people rejected precautions intended at curbing the virus’s spread. Vaccine skepticism persists, even among health professionals, with increasing reports of phony COVID-19 immunization cards being sold in downtown Kampala.

Many pupils who returned to school are said to have received no assistance during the lockdown. Most public schools in Uganda, which serve the great majority of pupils, are unable to provide virtual learning. In November, the Associated Press reported on children in a rural Ugandan village where weeds grew in classrooms and some pupils worked as gold miners in a swamp.

Some opponents pointed out that President Yoweri Museveni’s regime—an authoritarian who has been in power for 36 years and whose wife is the education minister—did nothing to promote home-based learning. Museveni defended the lockdown by claiming that infected pupils posed a risk to their parents and other people.

“There are many things that cannot be foreseen at this time. The turnout of kids is uncertain, as is the turnout of instructors “Fagil Mandy, a former government school inspector who now works as an independent consultant, agreed. “What concerns me the most is that many children will not return to school for a variety of reasons, including school expenses.”

Mandy also expressed fear that a viral epidemic “would spread very quickly” in packed campuses, advising school authorities to keep a careful eye on the situation.

Save the Children welcomed the reopening of Uganda’s schools but cautioned that “missed learning may lead to high dropout rates in the following weeks if immediate action is not taken,” including what it called “catch-up clubs.”

In a statement issued Monday, the assistance organization warned of a surge in dropouts “as returning students who have fallen behind in their study worry they have little hope of making up.”

With an alarming surge of viral infections in recent days, it is unclear how long Uganda’s schools will stay open. In the last week, health officials have reported a daily positive rate of more than 10%, up from almost nil in December. 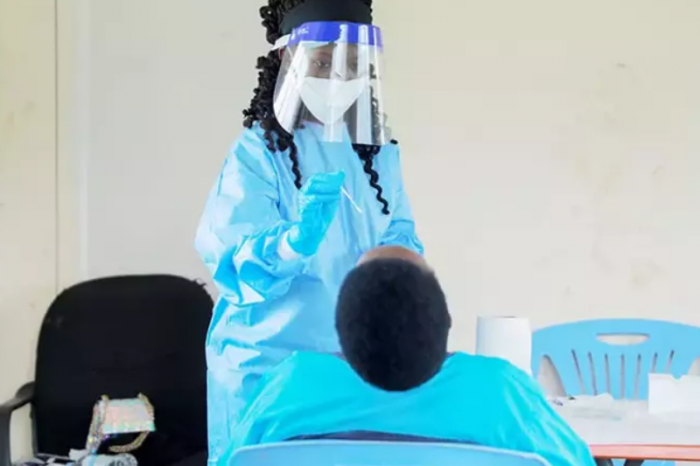 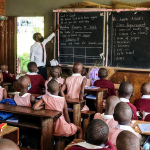